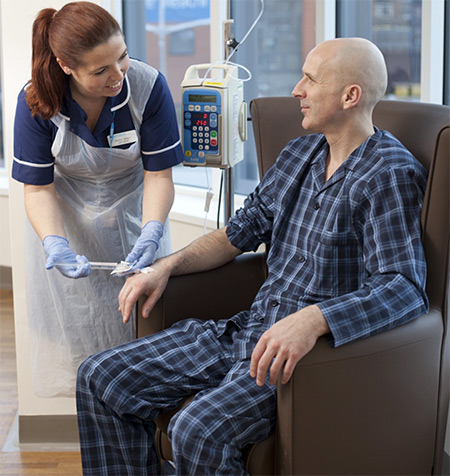 Selective internal radiation therapy or SIRT (also known as radio-embolisation) is a form of radiotherapy that has been developed for the treatment of liver tumours that can’t be removed by surgery. It is a form of internal radiotherapy, which involves putting microscopic radioactive beads (yttrium-90 microspheres) into the artery that carries blood to the liver.

The patient undergoes two procedures, approximately two weeks apart. The first ‘work up’ procedure involves assessment of the liver, artery and surrounding area, and preparing the liver blood vessels for the second procedure, when the SIR-spheres are inserted via a catheter, or tube, into the hepatic artery via the groin.

The radioactive microspheres used in SIRT are small enough to become lodged in the growing tumour where they emit a high dose of radiation, but are too large to escape through the capillaries and into the veins. This means that very little radiation gets into the rest of the blood stream, and the rest of the body.

SIRT contains the radioactive element yttrium-90. This radiation travels only a relatively short distance: a maximum of 11 mm (less than half an inch). In other words, the radiation is highly unlikely to travel out of the patient’s body. This means that the patient poses no significant danger to others in close proximity to them. In addition, yttrium-90 has a half life of just 64.1 hours (approximately two and a half days), therefore most of the radiation (over 97%) is delivered to the tumour(s) in the first two weeks following treatment.

Tweet
More in this category: « The Christie Clinic - A world class facility for treatments of all tumours in the liver An experienced SIRT team »
back to top 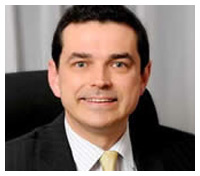 Ask me a question

By continuing to use this site you consent to use of cookies in accordance with our GDPR policy. Please select 'Okay' to continue.